My family loves bulgogi beef, a Korean style barbecued beef, so when I make it, I make a lot and freeze it in serving bags that area big enough for a meal. There are a number of different recipes for this delight on the internet, with the traditional one using Korean or Asian pear juice in the marinade.

I’ve made the juice from scratch and even bought some Korean pear juice at the store, but when I went to marinade the beef for this batch the night before, I didn’t have any and didn’t feel like running out to get it. 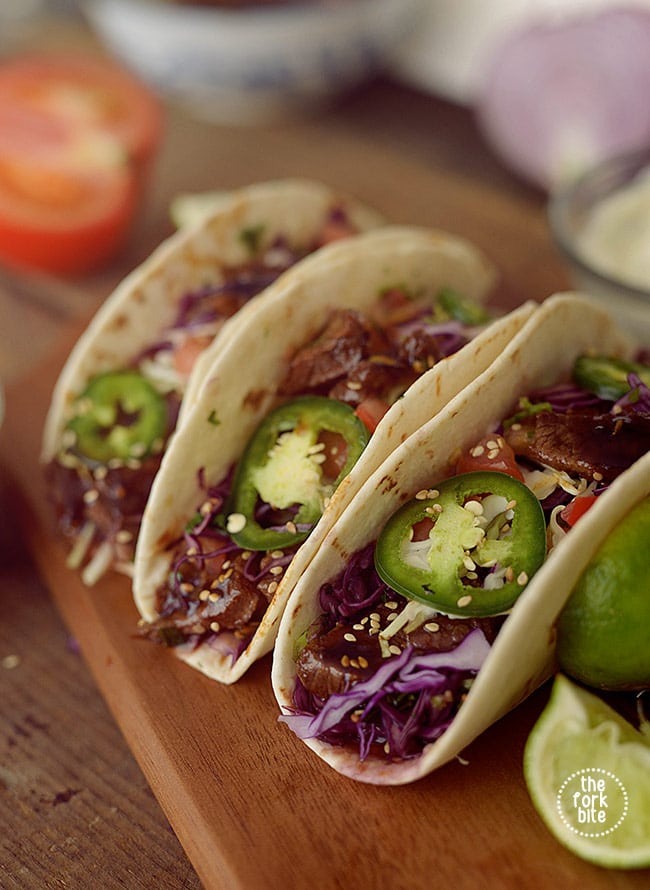 Let’s face it, I forgot to look at my shopping list after I became enthralled in the bakery area, looking at all the ideas to make at home and completely forgetting to recheck my list. It doesn’t matter. I got a delicious flavor by combining mirin—a cooking type of rice wine and brown sugar—instead of the pear juice. I also added soy, sesame oil, ginger, coriander, and garlic to the marinade. I mixed it in a bowl, stuck in the steak and let it marinate overnight. 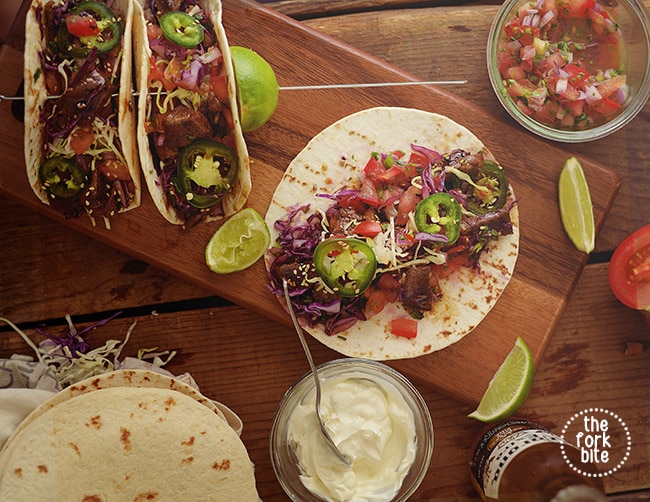 I actually loved the smell of the mirin and brown sugar marinade when I cooked the flank steak the next day, which triggered an idea that only solidified recently. The marinade—now sauce—smelled like a favorite slaw of mine. I couldn’t remember whether it was the cole-slaw or kale slaw, but I’m glad I chose the coleslaw because it was a perfect complement. 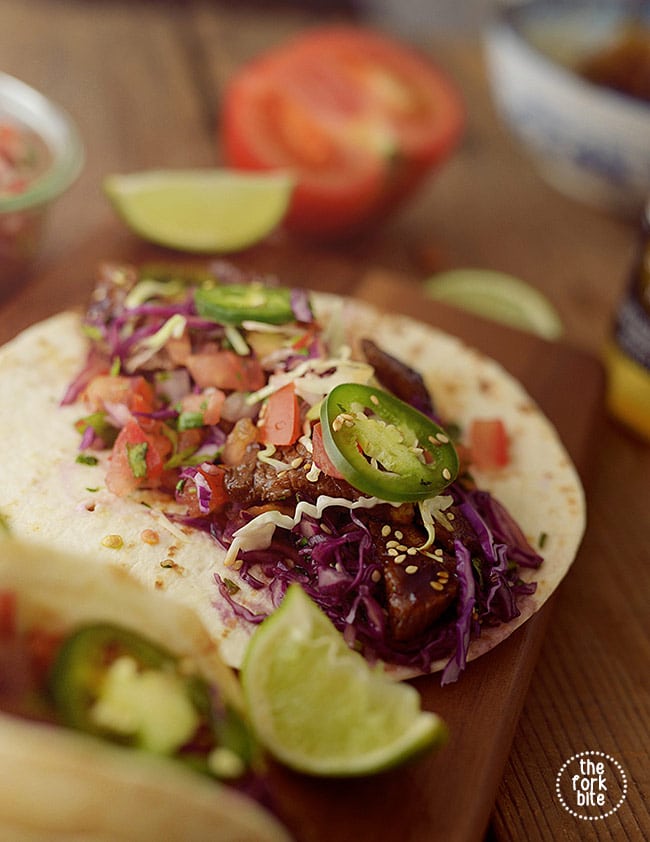 I use mirin, sesame seed oil, cilantro and soy in both those recipes, as well as lime juice, which added more brightness to the meat. I was going to serve it on the side with the Korean bulgogi as a stand alone, but then lightening struck again! TACOS!! 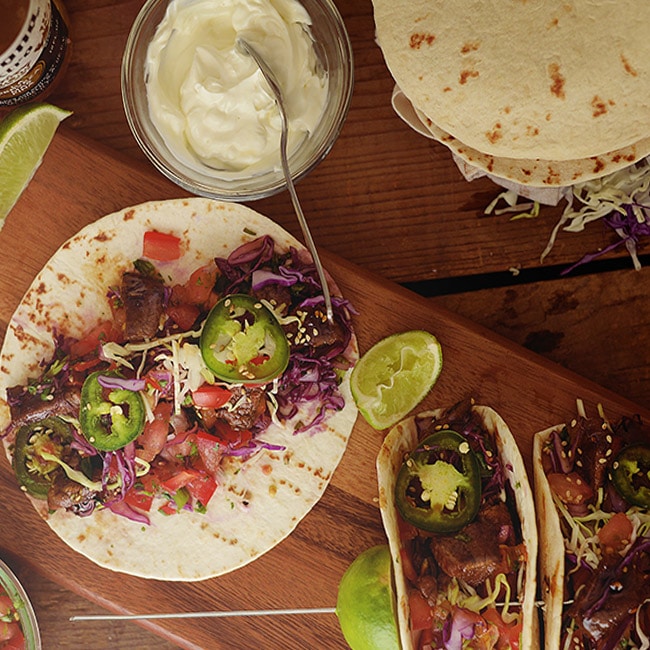 After I started warming the bulgogi, I whipped up some Pico de gallo, shredded and grated the carrots, cabbage and kale for the slaw and mixed in the dressing. In a matter of minutes, everyone was standing around the table in line to build their own taco.

[pullquote align=”normal”]While I topped mine with the works, Pico de gallo and the slaw when it came to seconds, almost everyone in the family either limited the pico or eliminated it, instead of packing equal amounts of bulgogi and slaw on the soft taco shell. [/pullquote]