There you are, all set to cook your favorite Chinese food, with all your ingredients laid out ready to go – except for one. You’ve run out of Oyster Sauce. Sound familiar? Don’t despair. There are substitutes, and all you have to do to find out what they are is to read on.

Nothing builds flavor as quickly or as well in a stir-fry than oyster sauce. Yes, it can be a bit of same old, same old, but when something works as well this stuff does, it’s a great stand-by. So, why knock it, right? It’s just what is. But having said that, exactly what is it anyway? 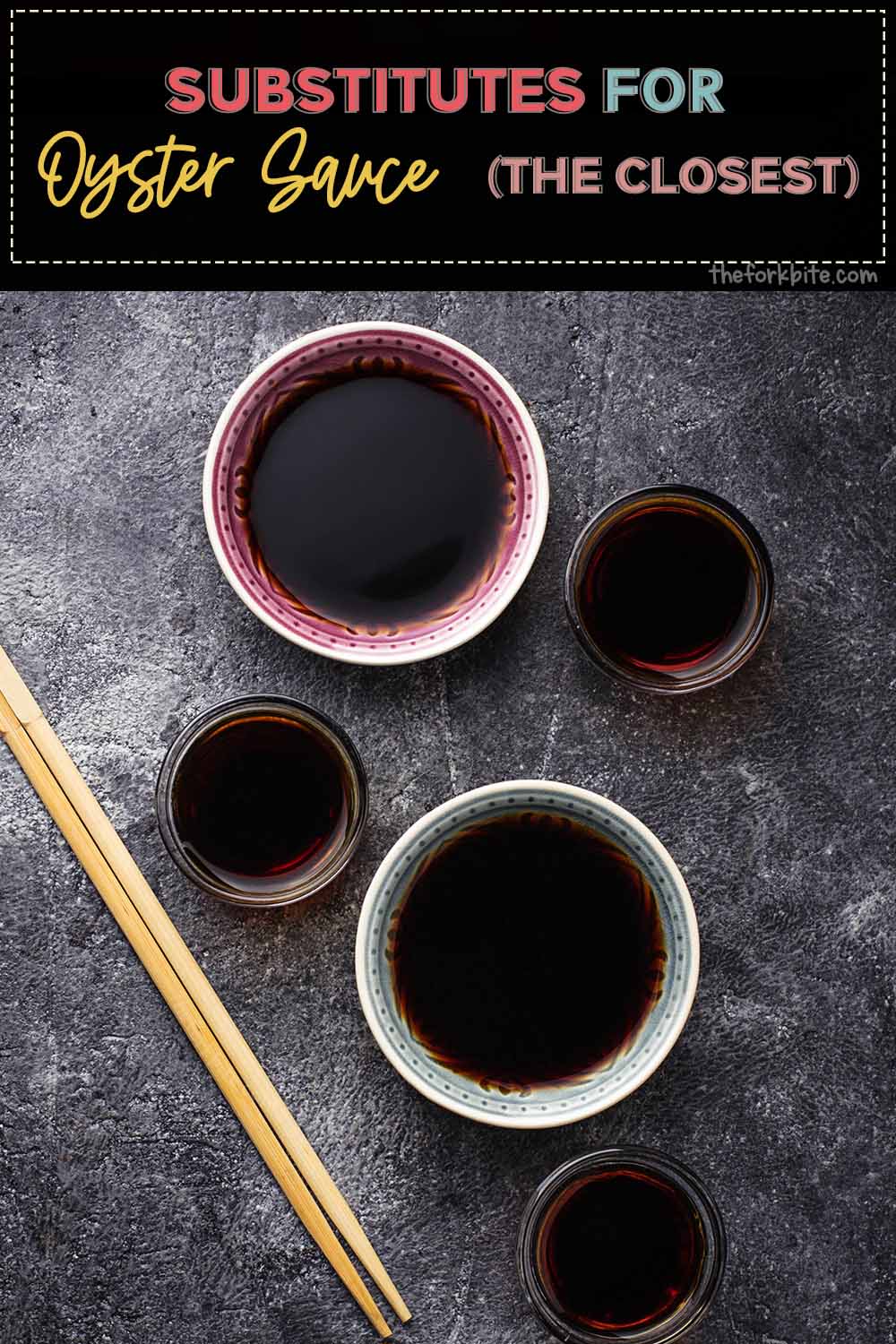 What is oyster sauce?

As obvious as it sounds, the oyster sauce comes from oysters. Okay, so not everyone is as suspicious as me, but please have some faith – it is made from Oysters.

To be completely accurate, it is a blend of Oyster juices (extracted by boiling oysters in water for a long time), salt, sugar, and soy sauce thickened by adding cornstarch.

The end product is a dark sauce with a syrupy texture that looks like what barbecue sauce and soy sauce would when mixed.

The Chinese and Thai people use it freely. It has a sweet, umami taste. While most oysters sauces do have a smidgin of oyster extract in them, the flavor that comes to the fore is somewhat like a sweet soy sauce. But that sweetness isn’t just on one level; it’s dark and complex like caramel.

The salt flavor is not so much like ordinary table salt – it’s more like brine or sea-water. But that little bit of oyster extract is what imparts loads of umami and that rich, savory note.

Although the oyster sauce is fish-based, it is nowhere near as out and out fishy as fish sauce is, and it’s a lot less salty than soy sauce.

When mixed with a few other ingredients in a stir-fry, for example, it adds balance to everything. 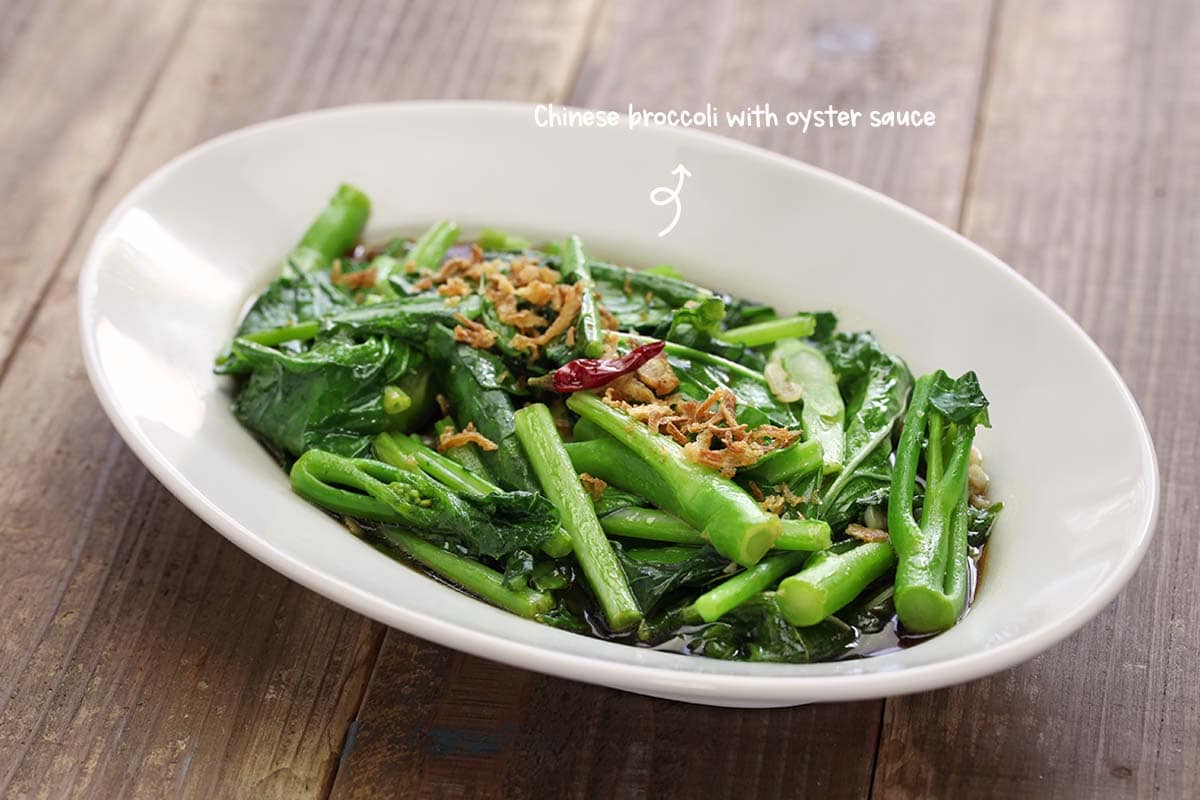 Oyster sauce was discovered by accident when the chef of a cooked oyster-eating house, Lee Kum Sheung, forgot about a pot of oysters cooking over a fire. He found that the thick, black, oily sauce developed in the pan was fragrant and delicious.

He decided to sell his finding to the Chinese public and started a family business – LKK. That was back in 1888. Today, this oyster sauce brand is a world leader and one of the staples of Chinese cuisine.

What some other staples I hear you ask. Well, there is Mirin, Rice Vinegar, and of course, Soy Sauce.

A mixture of all these ingredients, together with a little oyster sauce, sounds like the ultimate sauce for a stir-fry or a bowlful of noodles. Another thing you can add is sambal oelek.

You can then use the mixture as a marinade, a glaze for grilled meats, or coating vegetables before roasting.

But back to oyster sauce on its own, you can use it to give broths a wonderful taste boost or stir a spoonful into a thin soup to liven it up a little.

But what if you get to the store and can’t find any?

What happens when your local store has run out of oyster sauce? You know the feeling. You stand there going through the selection of sauces on show, but no matter how many times your eyes traverse the display, the oyster sauce does not magically appear. So, what next?

Well, there is a sub for oyster sauce you can use. It’s by no means an identical match – nothing is – but it does work.

The closest substitute for oyster sauce

Here’s how to do it:

Make a mixture from hoisin sauce, and soy sauce — 1:1 ratio works best. It will create a sweetish, salty-ish, umami flavored sauce with attitude.

It is as near as dammit to the oyster sauce and will undoubtedly be good enough for any Asian meal you are cooking.

It’s not quite as straightforward as pouring oyster sauce out of a bottle, but hey, it’s not exactly rocket science either, right?

Naturally, fermented soy is not as thick as oyster sauce and is a lot saltier. It is my number one preferred alternative because of the gorgeous umami flavor it carries. When I use it as an oyster sauce substitute, I add less than I would if it were the real thing, and I give a little nudge to tweak the flavor.

I add half a teaspoon of sugar and three or four drops of Worcestershire sauce to the soy, and these three ingredients make a mixture that is as close as you can get to the taste of the oyster sauce.

Kecap manis is a sauce from Indonesia. It is very sweet, even more-so than oyster sauce, but it will work as an oyster sauce sub.

Given its sweetness, I would recommend starting with less than one to one and adjusting it to your palette.

You may already be familiar with this Chinese sauce, and we did refer to it earlier. Once again, it is quite sweet and salty.

Mix hoisin sauce in ratios of one to one with soy sauce.

4 Can you substitute fish sauce for oyster sauce?

Yes, you can use fish sauce as a substitute for oyster sauce. It is made in a similar way to the oyster sauce but using fish or krill instead of oysters. As it uses salted, fermented fish, it is quite fishy and salty, so use with caution.

Substitute this in equal measures for oyster sauce, but be a little wary. You can always add more if needed.

What are the ingredients in the oyster sauce?

When we said at the outset of this article that oyster sauce contains oyster, it usually does, but not in all cases. Some brands on sale today have replaced the oyster with fish of another sort.

Take a look at some of the common ingredients listed below.

Sometimes, caramel and vinegar are also added. But, where’s the oyster?

It’s a bit like nouc mam chay, which is a vegetarian version of nouc mam, a Vietnamese fish sauce.

The chay version of nouc mam has no fish in it whatsoever. Not that you would be able to guess from its taste. This vegetarian version is made from mushrooms, not oysters.

Other ingredients to watch out for

These are some of the other ingredients that can be found in various brands of oyster sauces. Avoid them if you can.

The production of oyster sauce has changed substantially since it was first made in the 1800s. In the current day, manufacturers won’t think twice about adding the following.

In these times, any oyster sauce made from reduced oyster broth would cost a lot of money. The types of oyster sauces that you will encounter in most Asian grocery stores are made using a thick starch source that is then flavored with a concentrated extract of the oyster.

The taste of the oyster sauce is somewhat like a combination of barbecue sauce plus soy sauce. The flavor is sweet and salty. The saltiness comes from oyster brine, while the sweetness is more complex, bearing a hint of caramel.

The way that oyster sauce is stored will have an impact on its freshness. After a bottle has been opened, it should be stored in a refrigerator.

There is a vast variety of different sauces on sale today. Each type has its own unique characteristics. So it is vital to pay special attention to what the label tells you when you are shopping. 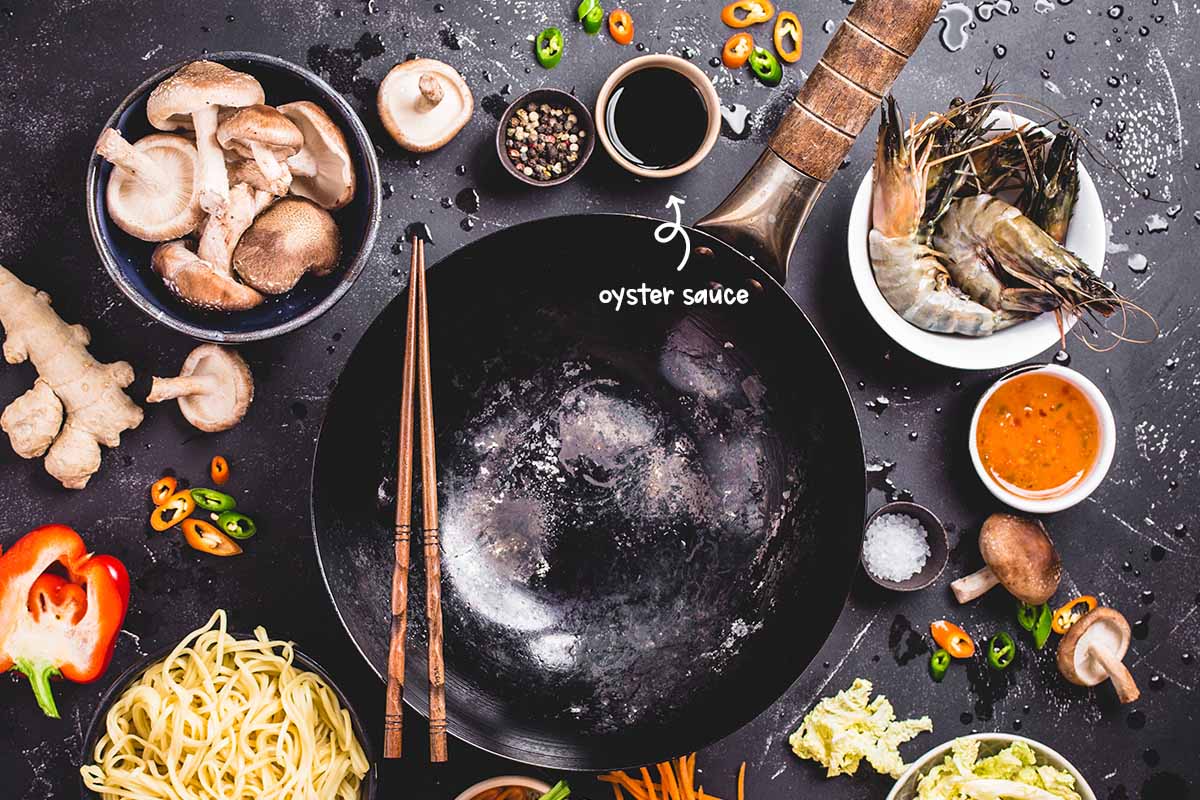 The majority of oyster sauces have at least some oyster extract in them, which means that they cannot be classified as vegetarian. However, it is possible to buy vegetarian options.

The local supermarket I shop in only stocks one type of oyster sauce, and it contains oyster flavoring. If I had to buy a vegetarian option, I would plump for traditionally fermented soy sauce instead. 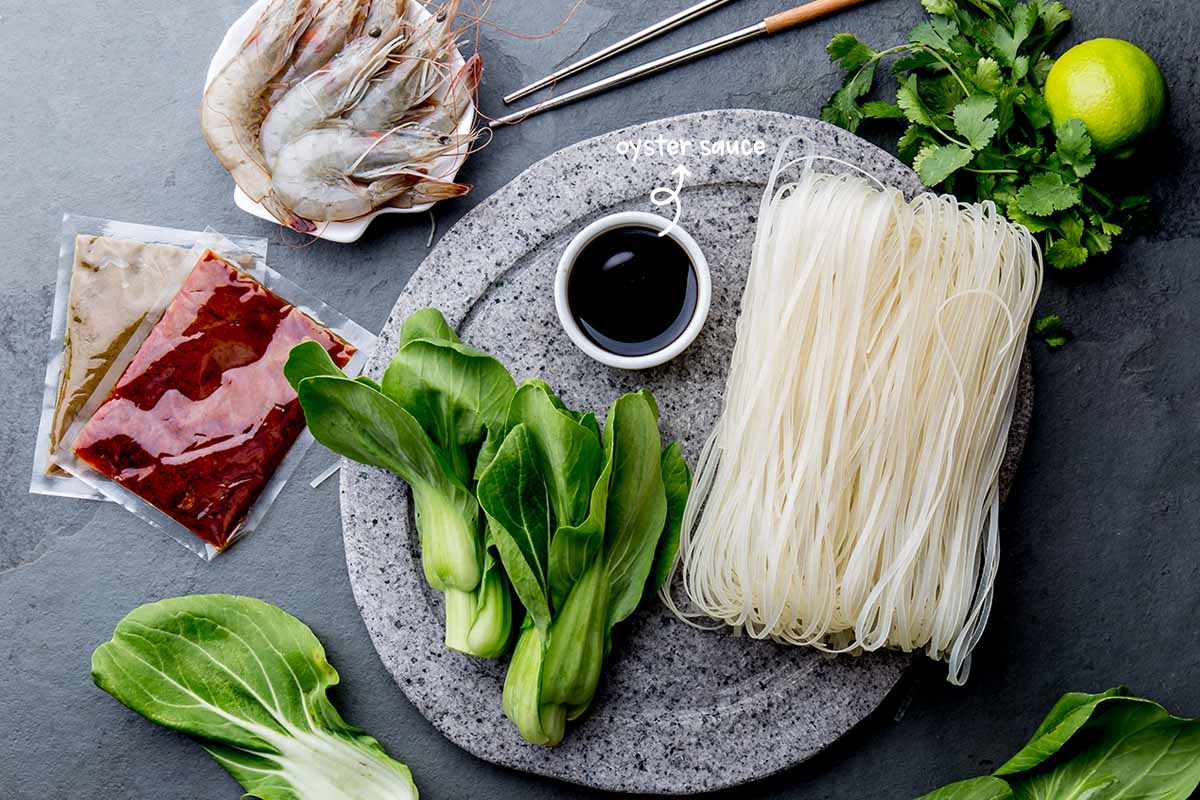 Where to buy oyster sauce

You will usually find oyster sauce sold in bottles, but you can also come across it in cans. A couple of popular brands are Hop Sing Lung and Lee Kum Kee. You’ll find these or other brands on display in the Asian section of a supermarket’s international food aisle and various Asian stores. You can also buy it online.

Prices vary according to the brand. Cheaper brands may contain caramel coloring and MSG, so read the labels carefully. You will also find that the less expensive brands tend to taste fishier.

You are probably aware that some condiments like soy sauce and vinegar don’t have to be kept in the fridge after they have been opened. But with oyster sauce, you do have to be a little bit careful with how you store it.

If the bottle has not yet been opened, it can be stored in a cool, dark place. A kitchen cupboard or pantry will do nicely.

However, once your bottle of oyster sauce has been opened, store it in your refrigerator is recommended.

The coldness inside a fridge will preserve the quality of your oyster sauce for longer. Popular brands like Maekrua display labels that clearly say “refrigerate after opening.” They say it for a reason. Take their advice.

Oyster sauce will not go off if, after opening, it is left at room temperature for a day or two or even a few weeks. However, the quality will go downhill fairly fast, so unless you use it all up quickly, it is best to store it in the fridge. 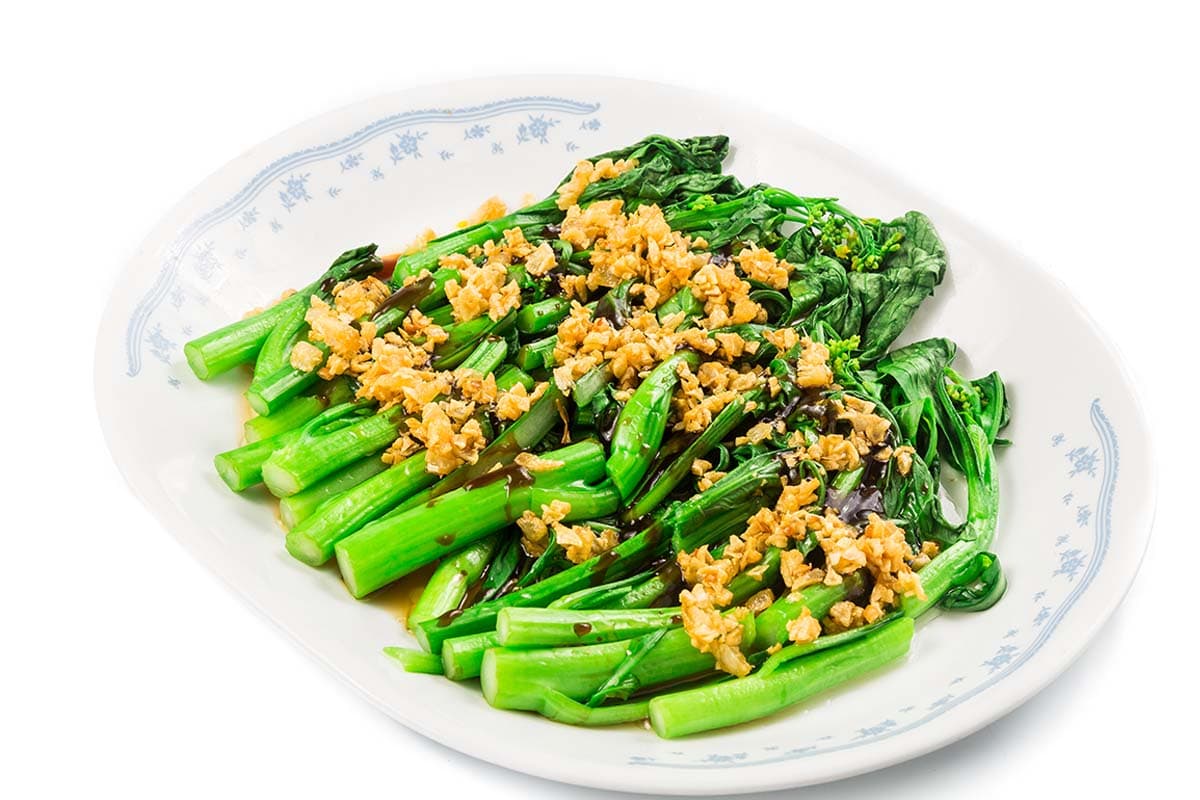 How To Use Oyster Sauce

Use oyster sauce sparingly to enhance a dish’s flavor. It partners well with meat and veg. When it was first created all those years ago, it was made from oysters, salt, and water.

In appearance, it was grey and not pleasant to look at. But over the years, various cooking techniques have been employed to improve both its look and its taste. To keep those attributes for as long as possible, be sure to store in a fridge once it has been opened.

To the uninitiated, it is all too easy to get confused by these two sauces. They are both Cantonese, are dark brown, and quite thick in their consistencies.

They are used in different ways in Chinese cuisine and are made up of different things.

Hoisin sauce is a vegan-friendly sauce made by fermenting soybeans with garlic, 5-spice powder, chile, and sugar. It is used in Chinese dishes such as moo shu pork and chicken lettuce wraps. It is also used applied to duck and spare ribs while they are cooked.

Related recipes that use oyster sauce