Watching the video of preparing this Crispy Shrimp Tempura (or deep fried breaded prawns) was interesting and making them fun, once I got past the deveining. Eating the results was the absolute best part.

Watch How to Make This Crispy Shrimp Tempura 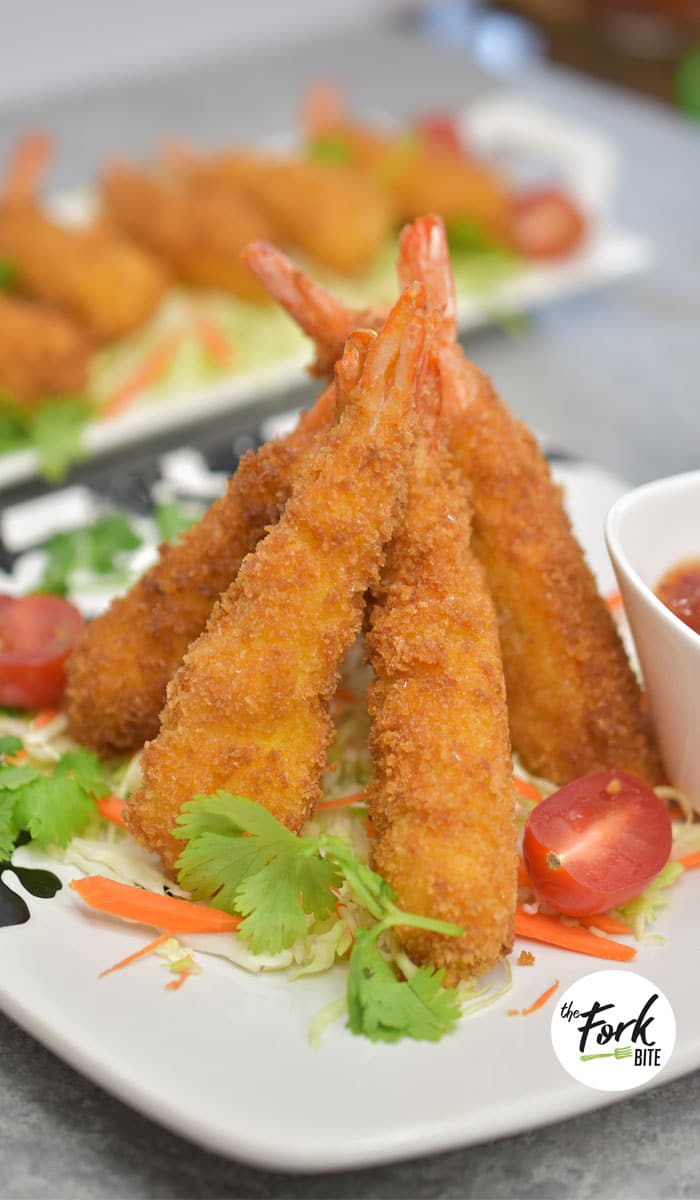 The very first part of the video amazed me. My mother always made tartar sauce with Miracle Whip and pickle relish. It was simple, tasted just like the kind in restaurants and I never thought of any other method.

There were three takeaways for me. One was the quick way of chopping the eggs, the second was getting out much of the moisture from the onions that make the sauce runny, and the last was just the fact that you can make tartar sauce differently, which is far yummier. 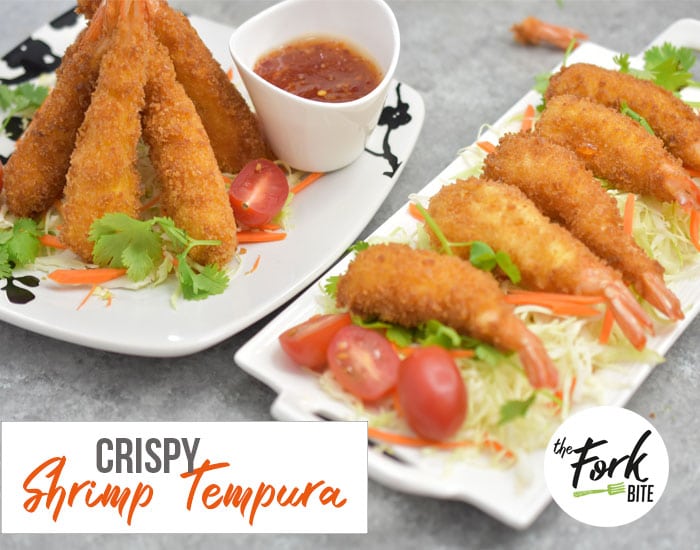 If your family is used to the mayo or Miracle Whip and relish technique, once they taste this tartar sauce, they’ll be spoiled forever and never want the old way again.

Now, if you’re like me, you probably buy frozen shelled and deveined shrimp, but that leaves out the option of buying those right from the boat at the market or even frozen ones that aren’t deveined on sale. 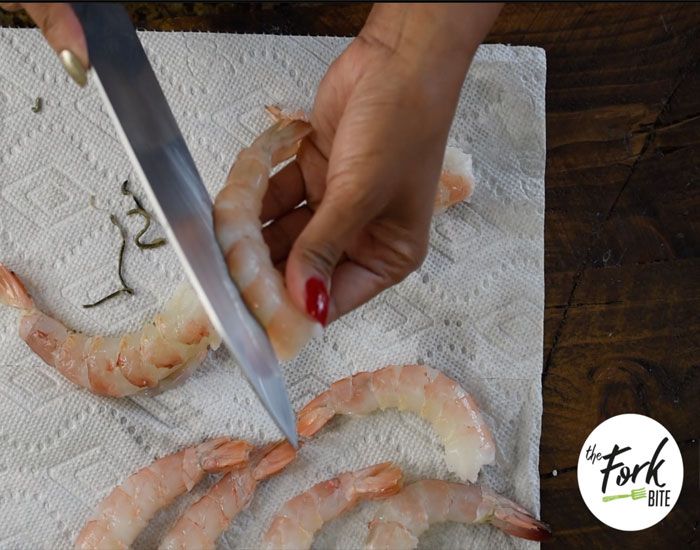 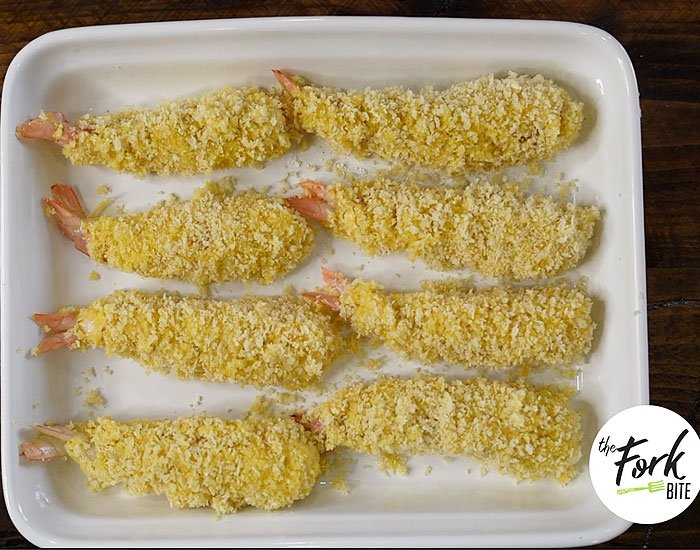 I luckily had the opportunity to get some fresh shrimp right after I watched this and the deveining is easy to do. Loved the idea of preventing the fishy odor and how to keep them from curling.

They looked like they came from an expensive restaurant cooked by a world renown chef. Just a few well-placed cuts made all the difference in the world. 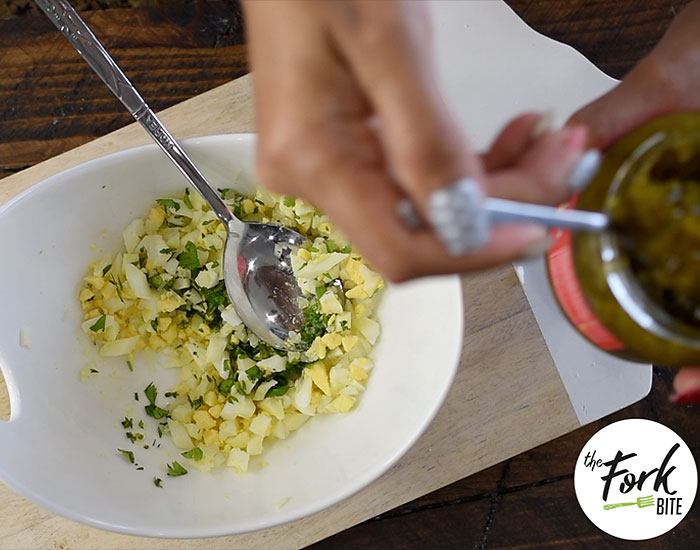 I varied from the side of cabbage, changing it to a small green salad instead. While it would look just as nice with the shredded cabbage, small tomatoes, parsley and lemon wedges, the salad was more practical as my family would eat it. 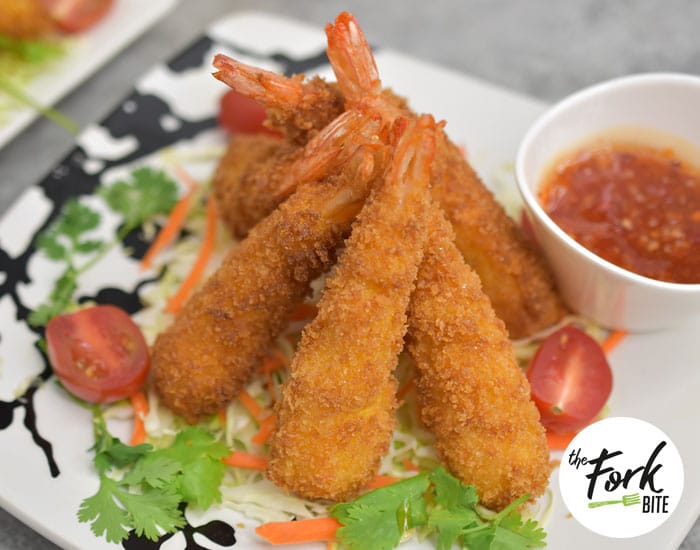 Do include a wedge of lemon for those purists who use it to flavor the shrimp. You can check my Mongolian Beef Panda Express Chow Mein recipe as well if you like Asian food.

This crispy Fried Japanese Shrimp Tempura is best served as a first course, appetizer or even as a main dish. Dip it in this flavorful tartar sauce. Does your shrimp curl up almost immediately after hitting the hot oil? Learn the trick.

* Percent Daily Values are based on a 2,000 calorie diet. Your daily values may be higher or lower depending on your calorie needs. 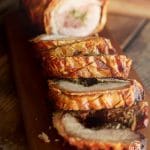 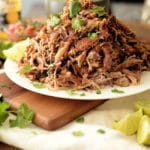