Easy Cinnamon French Toast Sticks – Breakfast you can eat with your fingers and dip in syrup, rather than pour syrup all over it. There’s something quite sensual about touching your food. Wow! What a great discovery! 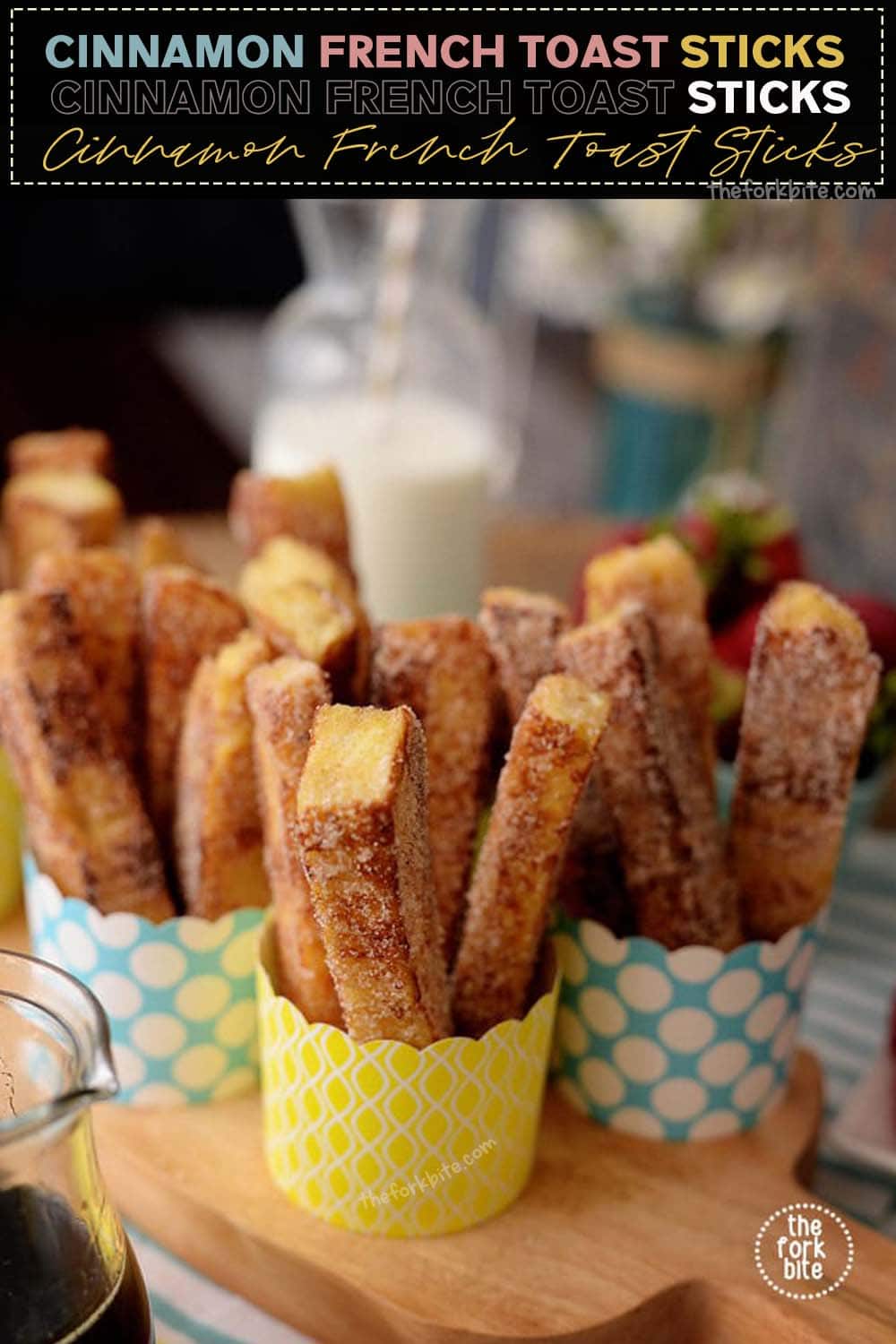 Maybe it’s the long-heralded taboo about playing with food, maybe it’s just the tactile experience, but if I could eat all my meals with my fingers, I would.

Soup is perhaps the only food that doesn’t appeal to me as finger food, but you can put it in a cup and drink it!

That’s one reason these dipping sticks were so appealing. Not only can you eat them with your fingers, but there’s also no plate with maple syrup smeared all over it when you’re done.

Of course, you have to put the syrup somewhere for dipping, which is another use for my ramekin set. Since you coat these with sugar and cinnamon after you cook them, you don’t even need syrup for them to taste delicious. 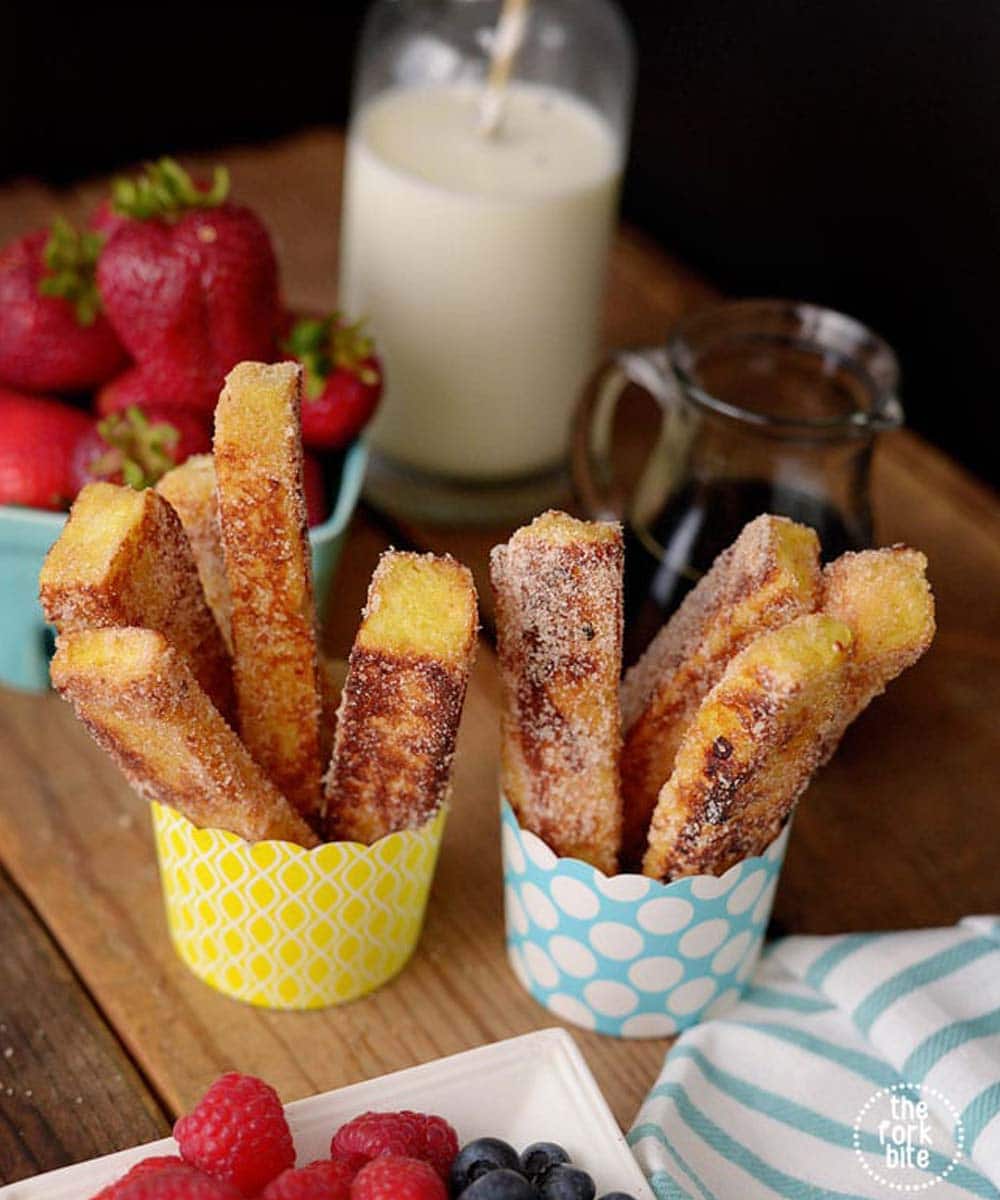 You can have plenty of fun with these easy cinnamon French toast sticks when it comes to serving them.

They look like giant Legos if you’ve cut the crust off the bread before you quartered it, so you can build them up on the serving plate to create your own breakfast house and let the family do the demolition. 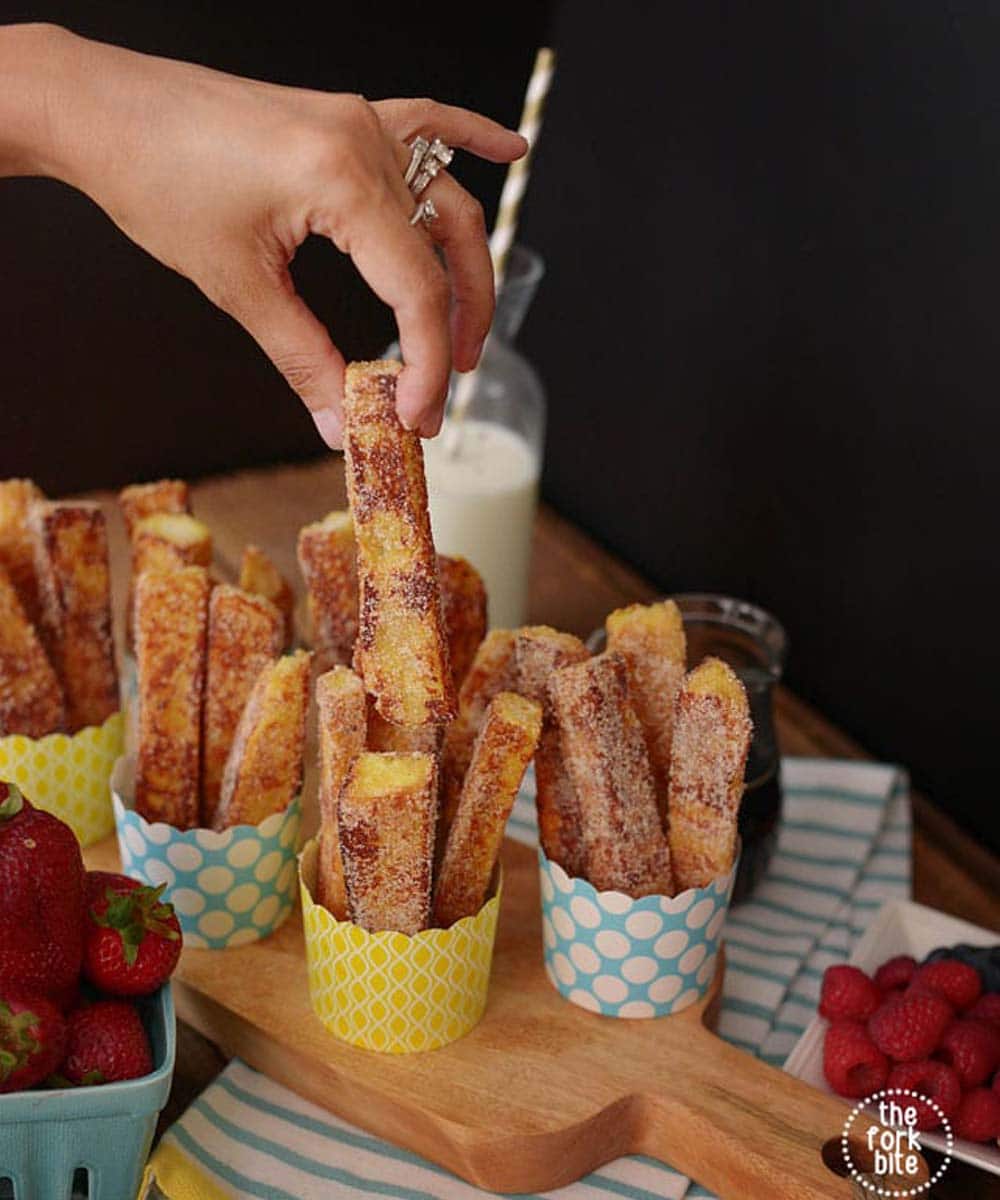 The Bread that hasn’t been sliced is best since you can make the dipping sticks thicker, which helps them to be firmer and less floppy.

While using stale bread may also be good for making regular French toast, somehow it wouldn’t seem the same it wasn’t a little limp.

You’ll find some bread almost ready to use if you look for the quick sale or manager’s special bin in the bakery area of your grocery store, making the sticks a great bargain too! 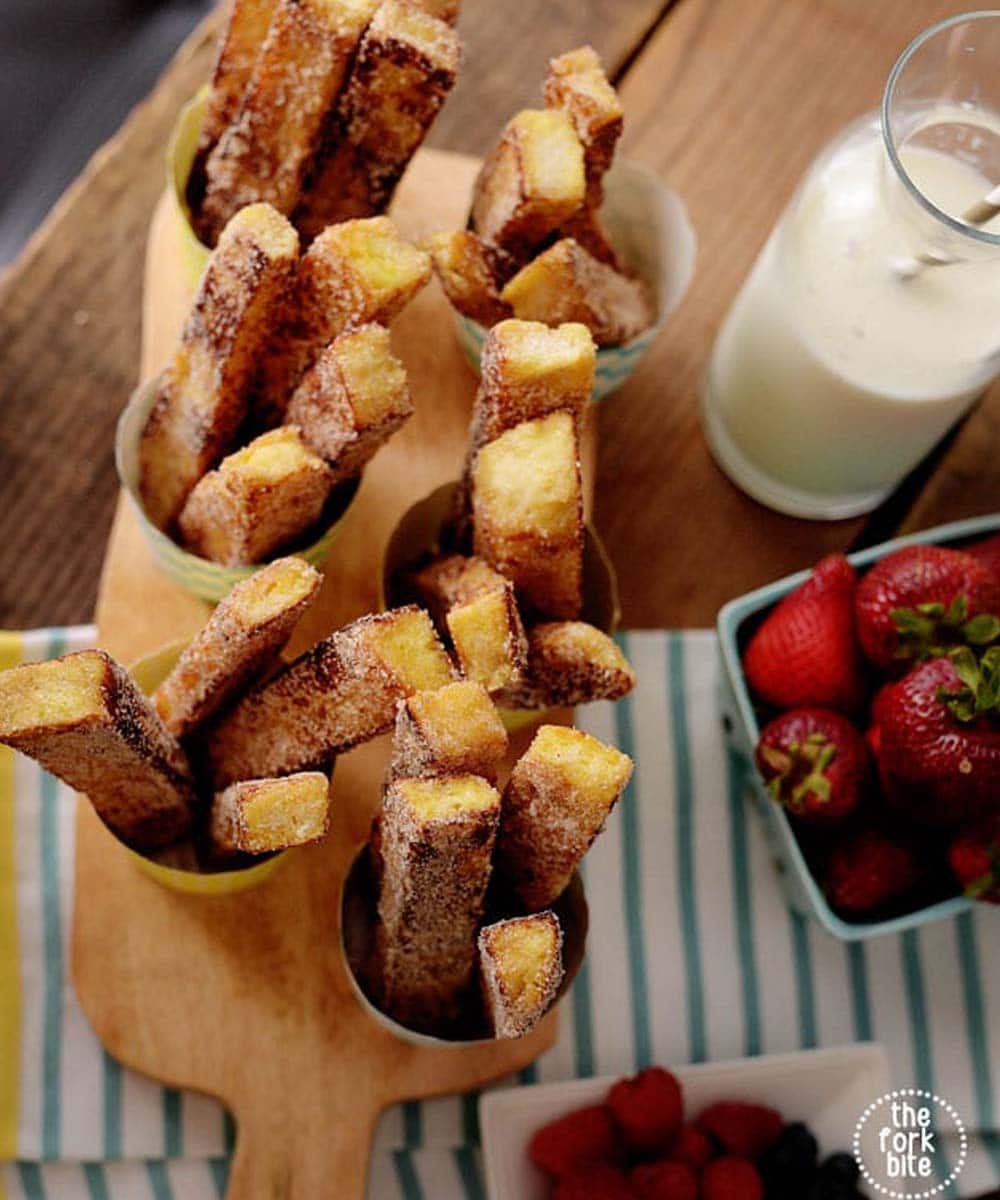 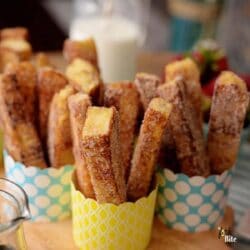 3.62 from 188 votes
Breakfast you can eat with your fingers and dip in syrup, rather than pour syrup on your toast.
Servings: 3
Prep Time 5 minutes
Cook Time 10 minutes
Total Time 15 minutes

Did you make this?I would love seeing what you've made! Tag me on Instagram @theforkbitedotcom or leave me a comment or rating below.
Course: Breakfast
Cuisine: American
Keywords: cinnamon french toast sticks, how to make cinnamon toast sticks